December, 2009
Australia Day function at The Vatican - Selections made for holy wine promotion

September 2009
Seli SpA, an Italian company specialized in tunnel building, is included in one of the three consortiums that has been shortlisted to bid for the contract to build Sydney Metro stage one.

July 2009
Rudd to meet with Berlusconi.

15 May, 2009
2009 Eni Award: prizes presented to winners
The Renewable and Non-Conventional Energy award, recognizing advanced research and development results in the field of renewable and non-conventional sources, has been awarded to Martin Green, Inaugural Australian Federation Fellow and Science Professor at New South Wales University in Sydney (Australia).

February, 2009
Rome mass for bushfire victims
A mass has been held in Rome for the victims of the Victorian bushfires. The service was held in the 400-year-old Carivita Church and Julian Porteous, the auxiliary bishop of the Sydney Diocese, was the chief celebrant. Australia's ambassador to Italy Amanda Vanstone and ambassador to the Holy See Tim Fisher both read from the scriptures.


January, 2009
Berlusconi to own Fairfax's TV producer
ITALIAN Prime Minister Silvio Berlusconi will indirectly own one of Australia's top television production houses, Southern Star, after Fairfax Media sold the bulk of its operations to Endemol for $75 million.

27 & 28 September, 2007
EPIC - European Property Italian Conference
Roma, EPIC is the European Property Italian Conference, an annual conference dedicated to the Italian real estate sector and its relations with international finance sectors. EPIC was born eight years ago in 1999 to create the conditions so that investors, institutions and media could work together to promote Italy as a competitive and strategic marketplace for international investors and to provide international operators with local knowledge and opportunities.

Exchange Rates for the Euro

Exchange Rates for the Australian Dollar 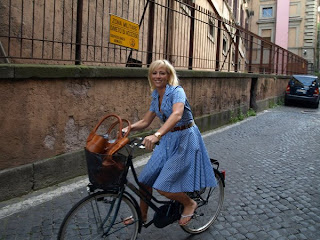